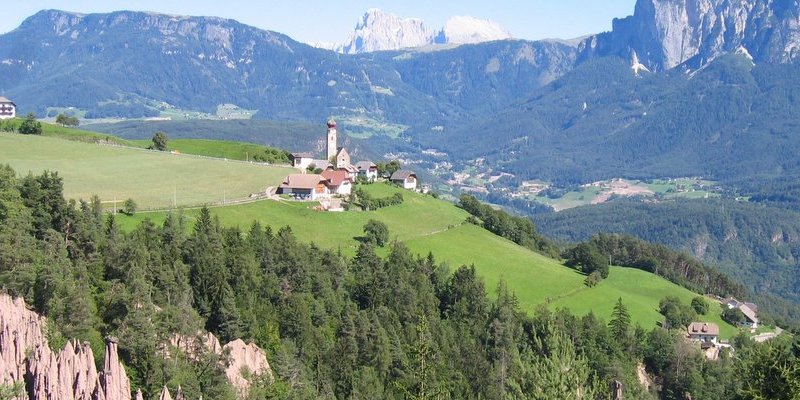 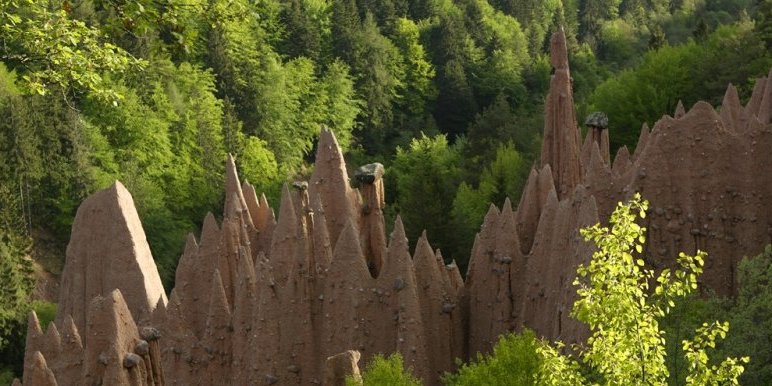 The earth pyramids are a geological peculiarity. The formation of these “organ pipes” dates back to the glacial era, when the glaciers deposited in this area the morainic material of which the pyramids are made. Due to the erosion, these columns continue to grow and for the same reason they are destined to disappear, when the stone that covers them falls. On the Ritten plateau, the earth pyramids are in the Finsterbachtal, between Lengmoos and Mittelberg, in the Katzenbachtal below Oberbozen and near Unterinn.

What are the Rittner Earth pyramids?

The famous Earth Pyramids are among the most celebrated natural features on the Ritten. The raw material for the earth pyramids comes from moraine clays deposited by the main Eisack valley glacier, as well as local tributary glaciers, in the late ice age.

When dry, this moraine clay is as hard as stone; dampened it forms a porridge-like substance which begins to slip and flow downhill. In this way, over a period of time, the saturated earth slides down into the stream below and is washed away. This constant and continuous slippage is temporarily halted only when this erosion encounters a forest where the underlying ground is so dry that it is rock hard, which hinders further rapid slippage. This is how those steep cliffs, up to 10 to 15 metres in height and a pre-condition for the formation of the earth pyramids, are made. Wherever the moraine contains larger stones which keep the earth underneath dry and hard, earth pyramids are formed by literally being "washed", or more precisely eroded, out of these cliffs. The higher the cliff and the higher up a suitable stone is found, the taller and mightier the resulting pyramid becomes.

On the Ritten you‘ll find several earth pyramids, whereby those in the "Katzenbachtal" below Oberbozen and particularly in the "Finsterbachtal", between Lengmoos and Mittelberg, which are most well-known. Further one finds still earth pyramids in the proximity of Unterinn.

In 2013 the way to the earth pyramids in the "Finsterbachtal" was renewed so that you can see even better the pyramids. 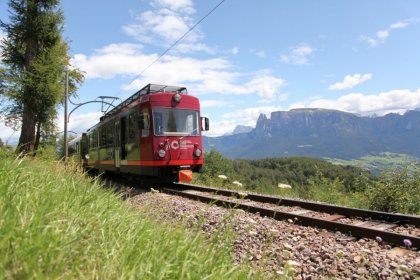 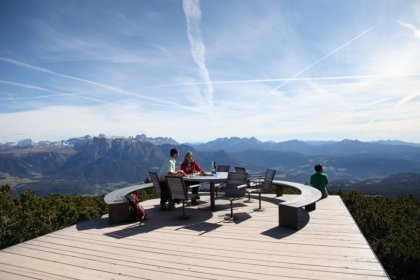 The Ritten story(ies)
Hotel **** WeihrerhofDolomites›Region›Earth pyramids
Our hotel
SeaSpa
Rooms
Active
OK
This website uses cookies. The use of cookies is regulated in European Directive 2009/136/EC (E-Privacy). We also use the Facebook pixel and Remarketing technologies from Google. By clicking on "OK" you agree. To protect your privacy, you can customize your preference management regarding online advertising in the current browser here. To stop third-party tracking technologies used on this website from using your information for personalized online advertising, click "Opt-Out".
Weather
Position
Rooms
Gallery
360°